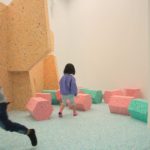 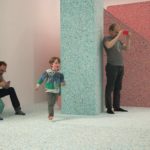 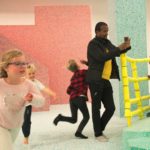 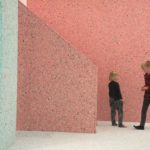 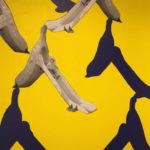 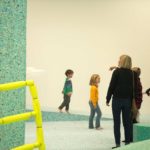 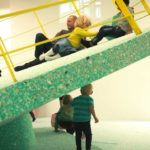 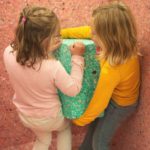 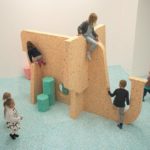 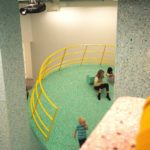 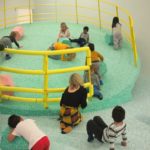 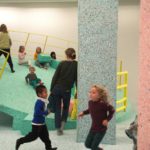 The Brutalist Playground by the London-based collective Assemble and the artist Simon Terrill, is a life-sized soft reconstruction of lost concrete play areas from London housing estates – Churchill Gardens in Pimlico (1962); the Brownfield in Poplar (1963) and the Brunel in Paddington (1974) – that are now deemed unsafe and no longer in use. For Kunsthall Oslo the exhibition has been expanded to include a reconstruction of The Elephant, a concrete play-sculpture made in 1968 by the Norwegian artist Nils Aas, and sited in Oppsal on the outskirts of Oslo. An accompanying film, projected across three walls of the gallery, shows the original playgrounds in the context of the history of post-war social housing.

The exhibition is both a landscape for children to climb and explore, and a reflection on architecture and society. What part of our cities should belong to children? What are the responsibilities of planners and architects? And what role might artists find in this process?

Alongside The Brutalist Playground we are pleased to present Opp i trærne av med klærne [Up in the trees off with the clothes] by Oslo-based artist Elise Storsveen, a wall-scale photo-collage presenting the history of the lekeskulptur [sculpture made for children to play on] in Scandinavia in the 20th century.

The Brutalist Playground and Opp i trærne av med klærne are the first part of How The Universe Works, Kunsthall Oslo’s year of exhibitions and projects aimed at children. The exhibitions are accompanied by a reader on the history of design for children’s play, including texts by Thea Hartmann of Snøhetta. The Brutalist Playground was originally commissioned by the Royal Institute of British Architects (RIBA), London. The Oslo presentation is supported by Arts Council Norway.

Assemble are a collective based in London who work across the fields of art, architecture and design. Assemble champion a working practice that is interdependent and collaborative, seeking to actively involve the public as both participant and collaborator in the on-going realisation of their work. Assemble began working together in 2010; in 2014 they won the architectural competition for the new Goldsmiths Centre for Contemporary Art in New Cross, London, which opened to the public in 2018 and in 2015 they won the Turner Prize for their Granby Four Streets community project in Toxteth, Liverpool.

Elise Storsveen (born 1969) lives in Oslo, where she graduated from the The National Academy of Arts in 1996. Storsveen works primarily with collage and painting, and her work has recently been exhibited at Kunstnerforbundet and Kunstnernes hus, Oslo. She has produced permanent artworks for several public buildings including St. Olavs Hospital, Trondheim, and The Literature House, Oslo. Her fanzine project ALBUM, a collaboration with Eline Mugaas, has been presented at MOMA in New York and Kunsthalle Zürich among many other venues.

The Royal Institute of British Architects (RIBA) is a global professional membership body that serves its architect members and society in order to deliver better buildings and places, stronger communities and a sustainable environment. It’s Architecture Gallery opened in London in 2014. Through regular, free exhibitions that explore the past, present and future of our built environment its exhibitions help visitors discover and explore architecture. The gallery offers the opportunity for the RIBA to display its world class collections contained in the British Architectural Library. www.architecture.com