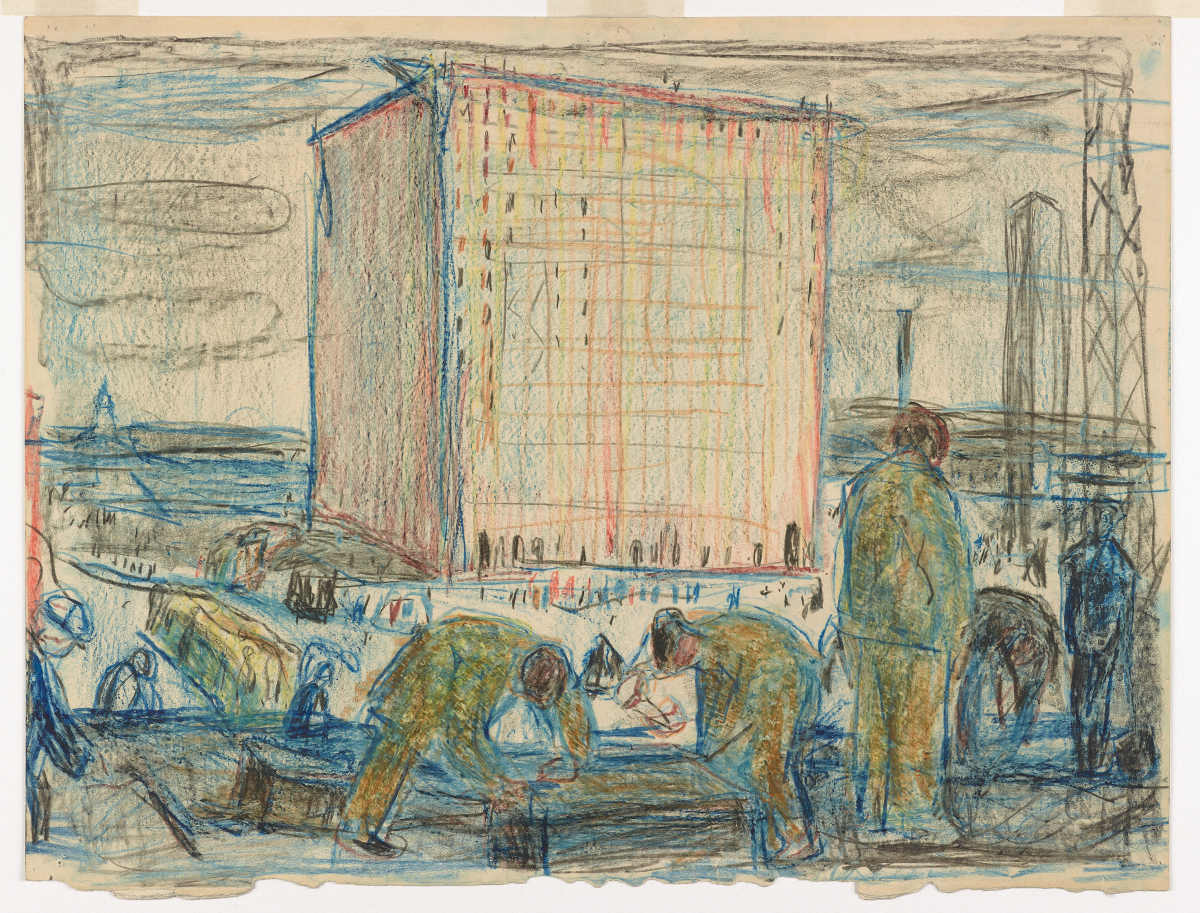 Arneberg and Poulsson’s design for the City Hall building was adopted in 1918, but the idea that Munch should be invited to decorate the interior of the planned City Hall was first put forward in a newspaper interview from 1927. The interviewer imagined the realization of Munch’s major work, the Frieze of Life, and this became the intial focus of discussion. The architects were both enthusiastic about Munch’s participation, but since Munch was in his sixties and it was still uncertain when the construction of the building would begin, it was thought that he could begin painting on the basis of the architect’s drawings and later install the works in the finished hall.

Although he expressed reservations, Munch rapidly developed sketches and plans for the interior, in sketchbooks, on loose drawings and paintings, and on a large-scale composition several metres across. But instead of realising the Frieze of Life, he worked on a frieze dedicated to the workers constructing the building itself, and the expected contact from the official City Hall Committee never came. In the period up to 1933, Munch’s proposed decorations were still a recurring theme in the Oslo press, and in the two major monographs that were published on the occasion of his 70th birthday in late 1933, both the authors, Jens Thiis and Pola Gauguin, argued for the proposal to be commissioned. But it was too late, and Munch’s name was not mentioned when the competition for the City Hall decoration was announced in 1936. Nevertheless, Munch had prepared an impressive number of sketches and drafts that show an artist prepared to explore new ideas, whose practice was still in full health and vigour.

Gerd Woll is the leading expert on Edvard Munch, having written both the Catalogue Raisonné of all the artist’s paintings (4 volumes, 2008) and now the complete graphic works. The author has been chief curator of the Munch Museum of Oslo for 40 years, and her publications are the authoritative catalogues.