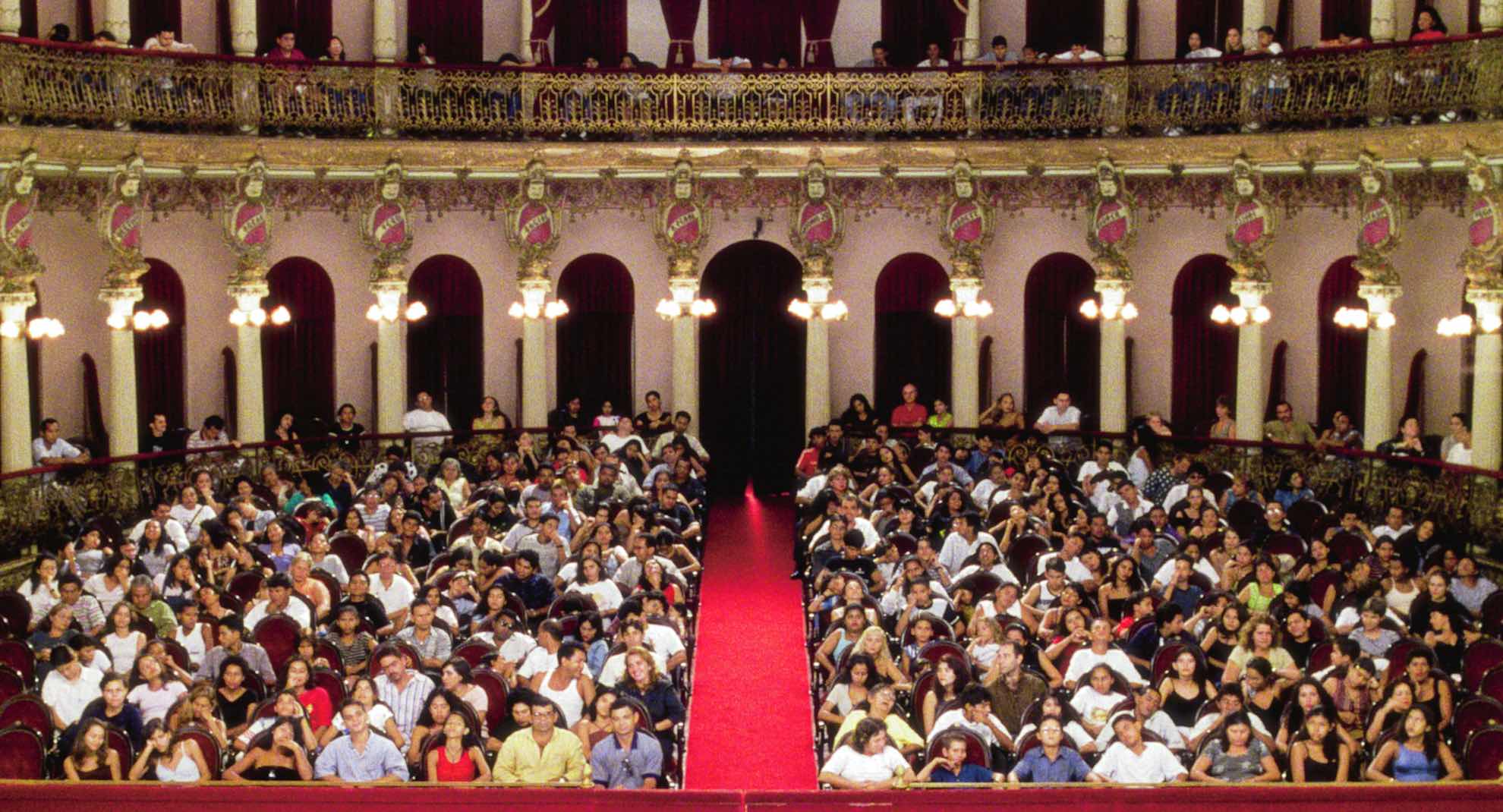 An evening of screening/performance inspired by the late artist and curator Ian White (1971-2013). White was one of the most influential curators of artists’ film of the current century, particularly through his programmes for the Whitechapel Gallery, LUX in London and the Oberhausen Short Film Festival. This event brings together three artists who were important to White and whose work deals directly with the idea that the cinema auditorium is a space where films are performed or produced, rather than simply projected.

The screening includes Sharon Lockhart’s extraordinary and rarely seen 35mm film Teatro Amazonas (1999). Shot with a static camera inside an opera house, a beautiful architectural folly built in Manaus in the heart of the Brazilian jungle at the height of the rubber boom, Lockhart’s film brings two audiences face to face. Teatro Amazonas is accompanied by Morgan Fisher’s radically site-specific 16mm film Screening Room (1968-present) – a film which can only be screened in the same auditorium for which it was made – and a specially commissioned new live performance by British artist Cara Tolmie, who uses voice and gesture to explore the political and poetic possibilities of physical, written and musical languages.

The event will also be the Oslo launch for the recent book Here Is Information. Mobilise – Selected Writings by Ian White, edited by Mike Sperlinger. Copies will be available to purchase.

A special printed booklet with programme notes for the audience will be distributed on the night. A pdf version can be downloaded here.