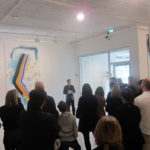 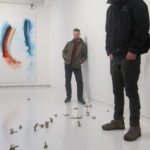 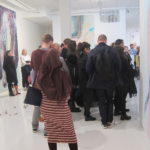 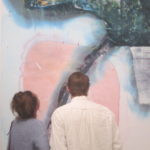 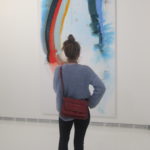 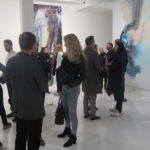 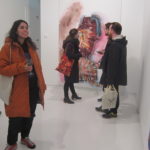 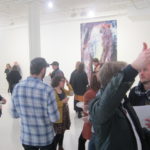 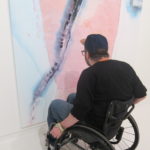 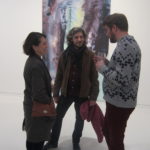 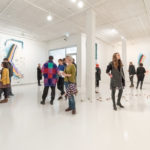 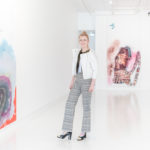 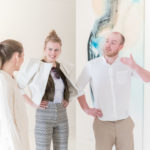 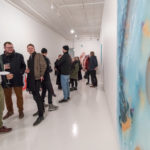 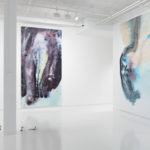 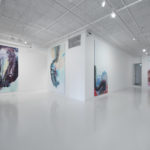 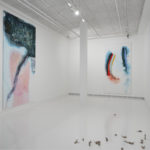 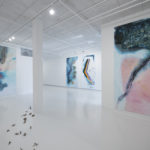 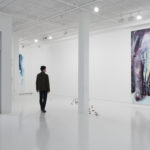 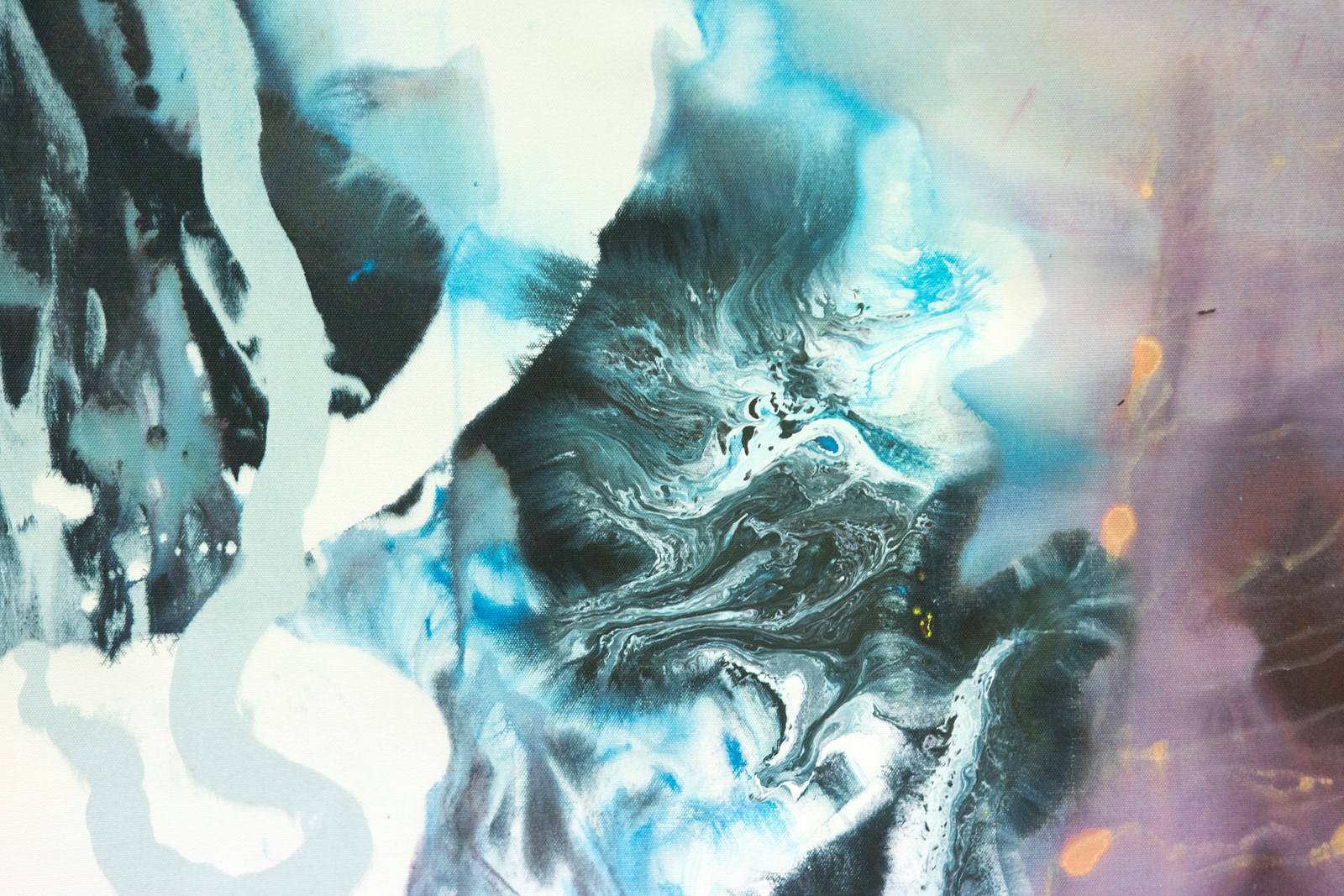 Bley’s new paintings are over three metres tall, painted on unprimed sailcloth. The sailcloth is bright white, and using it unprimed means that Bley can allow the paint to diffuse across the fabric, creating liquid pools of layered colour that spread almost organically through the painting and appear to float in space. Bley draws inspiration from fields outside art, including science, science-fiction literature and bio-politics, as reflected in the exhibition’s title. Zooid is a word for an individual animal that is also part of a colonial organism, such as a coral reef. Transferred to technology it can be seen as a metaphor for individual robots that interact.

In the exhibition space, the floor and walls are painted chalk white, and a series of small bronze sculptures have been placed on the floor. Several of the sculptures echo shapes seen in the paintings, and together this enhances the experience of stepping into a total installation, in which the boundaries between the individual works recede.

Ragna Bley (born 1986, Uppsala, lives and works in Oslo) graduated from Oslo National Academy of Art in 2011 and from the Royal College of Art, London in 2015. She has had solo exhibitions at Hester, New York (2015), and Gallery LNM, Oslo (2012), and has taken part in many group shows including the 16th International Painting Triennial, Vilnius (2016), Roaming, UKS, Oslo (2016), Conflicting Evidence, 1857, Oslo (2015) and Young Pioneers, Kunsthall Oslo (2015). Bley took part in Kunsthall Oslo’s summer residency for recent graduates in 2013. She is the recipient of the Hine Painting Prize (2015). Upcoming exhibitions are a solo show at Frankfurt am Main, Berlin in June and The Norwegian Sculpture Biennial 2017 at The Vigeland Museum, Oslo.