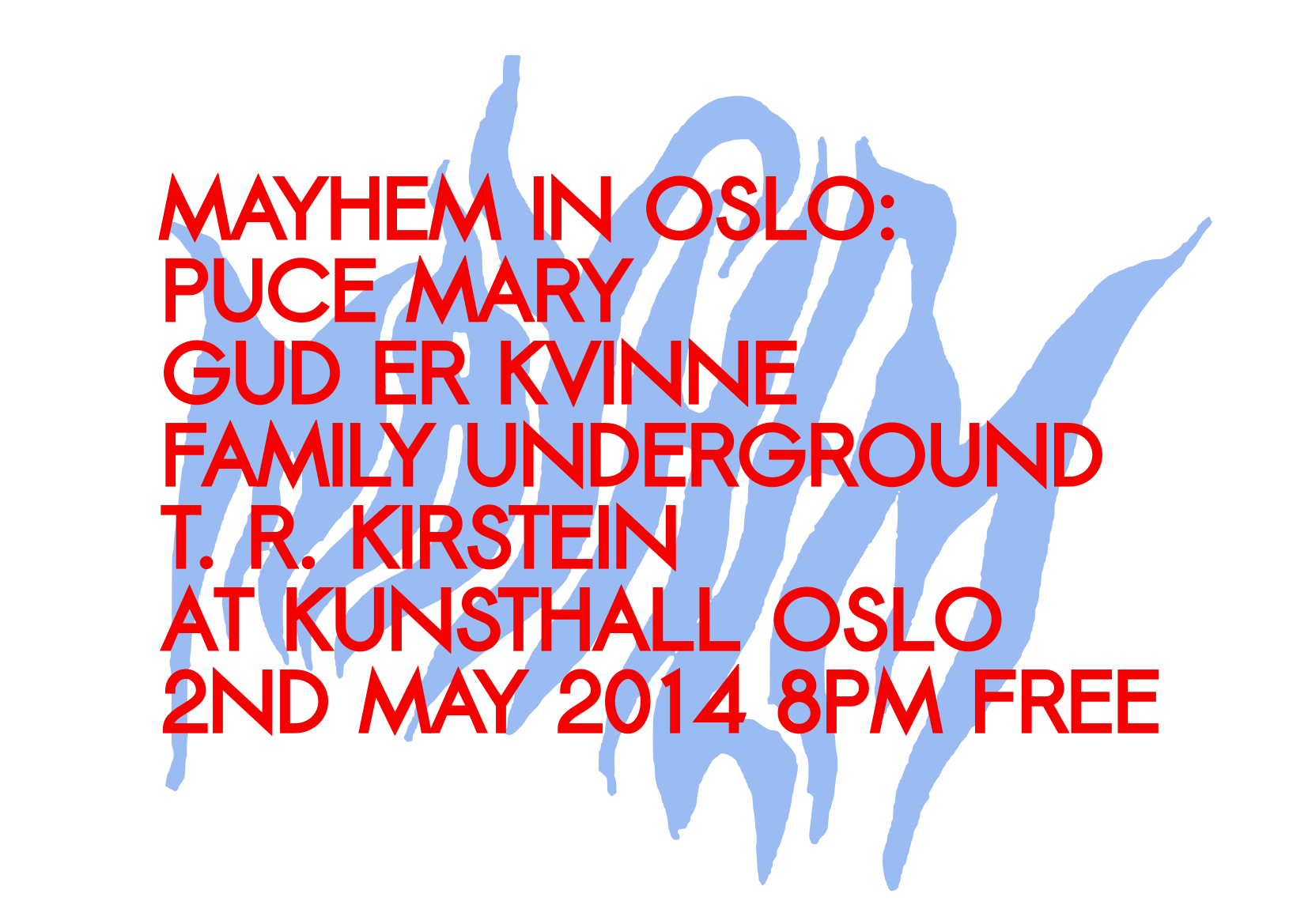 Mayhem in Oslo: 2nd May 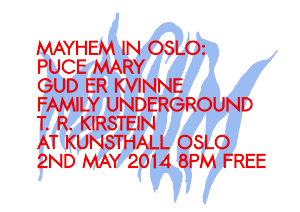 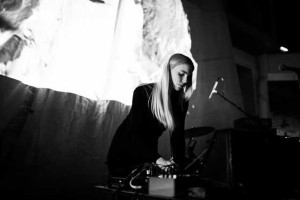 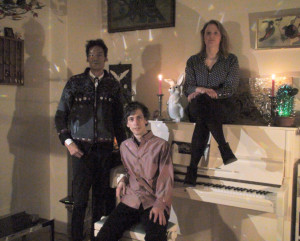 FAMILY UNDERGROUND are a trio from Copenhagen. Over ten years they have built a psychedelic dronerock sound with a wall of vocal, synth and guitar. 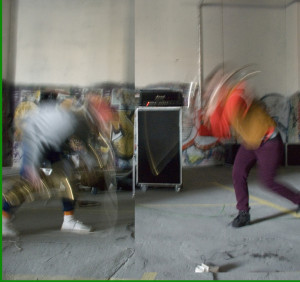 G.E.K or Gud er Kvinde (God is a Woman) are Johannes Lund & Maria Bertel on baritone sax and trombone. Both Lund and Bertel are involved in running the venue Mayhem and are central figures in the art and music collectives Yoyooyoy and Egetværelse. Bertel also plays trombone in Selvhenter and Lund has released many recordings under the name Johns Lunds. G.E.K make loud and chaotic improvised noise. 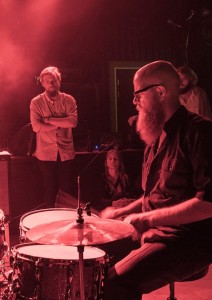 T.R. KIRSTEIN is an artist and musician who has worked with, among others, Tony Conrad, Pär Thörn, Goodiepal, Johs Lund, Jacob Kirkegaard, Leif Elggren, Rhys Chatham, CM von Hausswolff. Kirstein is also part of STOF, Lights People and the drum duo To\To. At Kunsthall Oslo he will perform the electronic composition DRUG

Mayhem is a live music venue in Copenhagen founded by the artists and musicians Maria Bertel, Tobias R Kirstein, Johannes Lund and Sune TB Nielsen. “Mayhem is a venue for extreme and experimental sound and music run by artist and musicians. It’s a hard to find place, situated on the outskirts of Copenhagen. A small place with a big PA, hidden behind grafitti covered walls.” More info.

Mayhem in Oslo is programmed and co-organised by Johannes Lund (Copenhagen) and Jon Wesseltoft (Oslo). The second half of the project is a return event, where musicians from Oslo perform at Mayhem later this year. Mayhem in Oslo is the first event of Soft City, a series of art/performance events organised by Kunsthall Oslo at venues around the city through until September. Soft City is supported by the Nordic Culture Point, the Nordic Culture Fund, URO and The Norwegian Arts Council.