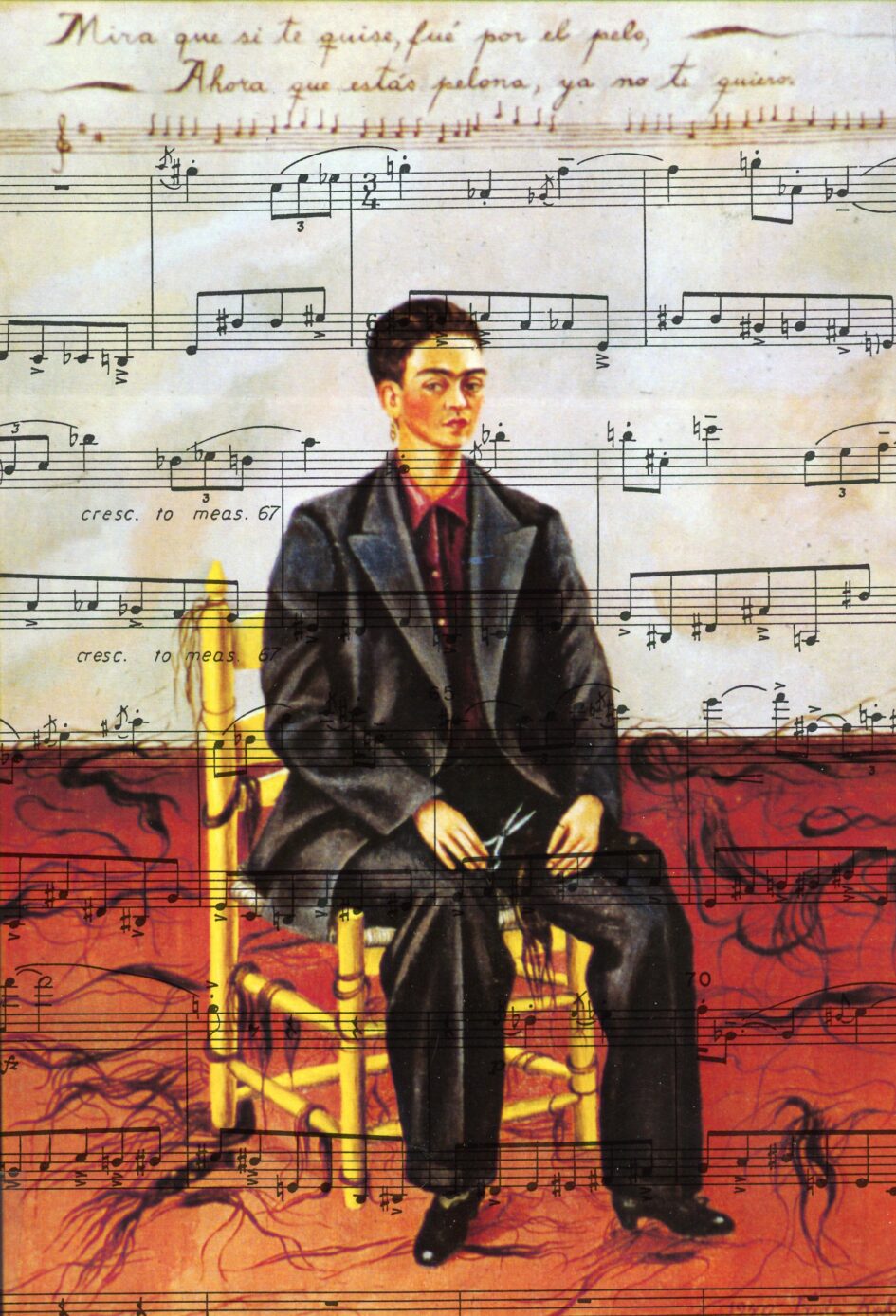 Alle tiders mirakel [The Miracle of All Time]

Kunsthall Oslo are proud to present:
Alle tiders mirakel
Or, Ideas of the culture dreamed of

The exhibition Alle tiders mirakel (The Miracle of All Time, the title of a work by Henning Christiansen) brings together poetry, painting, film, photography and music by a diverse and international group of artists whose ideas nonetheless connect. These are practices which have their roots in the transcendent ambitions of late modernism and the post-war avant garde, but which developed to become both more reflexive and more open to the everyday; practices which, following the British poet and Fluxus artist Allen Fisher, we are calling ideas of the culture dreamed of.

From Inger Sitter’s pilgrimage to Paris in search of the avant-garde to Anne Tardos’s critique of the exclusion of women from the canon of modern art; from Liliane Lijn’s experiments with light and movement to Anita Dube’s engagement with language and social memory, these are artists whose production in every medium articulates a way of thinking, a relationship to the wider culture and a sense that art-making can and should develop as a critical practice rather than a consolatory one.

As Pavel Büchler puts it: “The work of art is always a protest against the conditions that determine its production but not in any concrete material, economic or political sense. This is not to say that art should be disengaged. On the contrary, its power as a gesture of resistance and its potential to inspire alternative ways of looking and thinking lies precisely in its refusal to be constrained by ‘the way things are’.”

This will be the first time that artwork by Büchler, Dube, Fisher, Patterson or Tardos has been shown in Norway. It is also the first Norwegian presentation of Varda’s photography, and Samia Halaby’s first exhibition here since the Palestinian Artists show at Kunstnernes hus in 1981;

Agnès Varda (1928-2019) was a photographer before she made her name as a new wave filmmaker. The photographs presented here are of ceramic work by Valentine Schlegel, the art director of Varda’s 1954 film La Pointe Courte; but they are also documents of the two artists’ friendship and of the utopian life they dreamed of through the medium of their work.

Anne Tardos grew up in Paris, Budapest, Vienna, and moved to New York in 1966. As an artist and poet she has been most often associated with the Fluxus movement. Her work Among Men is a musical score and collage poem composed from the biographies of the few female artists in the Oxford Dictionary of Art. The recording presented in Alle tiders mirakel was made at the Westdeutscher Rundfunk Studio Akustische Kunst (West German radio’s studio for acoustic art) in 1996.

Inger Sitter (1929-2015) was known as a pioneer of non-figurative painting in Norway. During the 1950s she studied painting with André Lhote and printmaking at Atelier 17 in Paris, the epicentre of art informel; on her return to Oslo she became a founder member of the Sosialistisk Kulturarbeiderlag in 1969, and founded the art and architecture studio Park 62 with Irma Salo Jæger. The exhibition at Kunsthall Oslo presents both rarely seen early collage works and more recent lithographs.

Benjamin Patterson (1934-2016) studied composition and double-bass at the University of Michigan and began his career playing with the Ottawa Philharmonic. He met Nam June Paik and George Maciunas in Cologne in the early 1960s and became a founding member of the Fluxus movement. Patterson organised and participated in many seminal festivals and concerts and his action-compositionsand his puzzle poems composed from newspaper collages became well-known works in the Fluxus context.

Liliane Lijn was born in New York and studied art history in Paris at the end of the 1950s. A pioneer in kinetic art, Lijn continues to explore language, light and the relationship between humans and machines in her sculpture and film work. The two Drilling works included in this exhibition are some of the earliest manifestations of these ongoing interests, while the film Factory Snaps seeks an idea of beauty in the kind of light-industrial workshops where these works were produced.

Samia Halaby was born in Jerusalem, was displaced from Palestine with her family in 1948 and moved to the US in 1951 at the age of fourteen. Halaby’s art practice has been a six decade-long exploration of the possibilities of geometric abstraction, including pioneering work in computer graphics and “kinetic painting”. The Kunsthall Oslo exhibition features her computer animation From City Hall to the Brooklyn Bridge, Cities Blocks series, 2022 (co-authored with and with music by the NYC-based multidisciplinary artist Johnny Tomasiello), as well as a self-published agitprop poster from 1970.

Isa Genzken studied fine art, art history, and philosophy in Hamburg, Berlin, and Cologne, before completing her studies at Kunstakademie Düsseldorf in 1977. She has reinvented her practice several times in the intervening decades, finding fresh approaches to sculpture, collage, drawing, film and photography, each to successful and influential effect. Alle tiders mirakel includes one of her rarely-seen Basic Research paintings, which uses the surrealists’ frottage technique to take the imprint of her studio floor – a prosaic, chance operation that results in a mysterious alien moonscape.

Johanne Foss is a Danish painter and printmaker; she graduated from the Royal Academy in Copenhagen in 1965 and has travelled and exhibited widely ever since. She is perhaps best known for her collaborations with the poet Inger Christensen, which began with the 1970 exhibition Notat i farve, notat i ord.

Born in London, Allen Fisher worked in a lead works, studied physics and human physiology, and then art. An interest in performance led him to an involvement with Fluxshoe, the UK offshoot of the Fluxus movement, and since the 1970s he has been recognised as one of the most important figures of the British Poetry Revival. His practice, which expanded to include drawing, painting and collage, now forms an unbroken fifty-year project; he has also been active as a publisher, teacher and theorist. At Kunsthall Oslo he will show a work in progress created in response to Dante’s Paradiso, as well as the sound piece The Art of Flight recorded by Chris Carter of Throbbing Gristle.

Anita Dube trained as an art historian at the University of Baroda, graduating in 1982. Her involvement with the Indian Radical Painters’ and Sculptors’ Association led her to write an influential manifesto, Questions and Dialogue, to accompany the exhibition of the same name in Baroda in 1987. When the Radicals disbanded in 1989 following the death of K.P. Krishnakumar, Dube shifted her focus from writing and criticism to making visual art, developing an aesthetic idiom that utilizes found objects and industrial materials, word play and photography in order to offer a sustained analysis and critique of existing social and political conditions in India and beyond. She recently curated the fourth edition of the Kochi-Muziris Biennale.

Henning Christiansen (1932-2008) was a Danish composer and an active member of the Fluxus movement. He refused to pursue the ideal of individual artistic genius and instead aimed to create the example of a collaborative praxis in constant flux – among his many collaborators were the artists Joseph Beuys, Nam June Paik, Ben Patterson, Ursula Reuter and Wolf Vostell. The Kunsthall Oslo exhibition presents many of Christiansen’s visual scores and works on paper, while the Ultima music festival will open with a performance of his work 180 Hammer Blows Against the War Monkeys outside Oslo Rådhus on September 15th.

Manchester-based Czechoslovakian artist Pavel Büchler graduated from the Institute of Applied Arts in Prague in 1976. He describes his practice as “making nothing happen”, but his playfully subversive attitude to authority combines with a deep interest in the radical art and literature of the past to notable effect. Büchler’s works range from large-scale installations to text works and meticulous conceptual drawings, he has a longstanding parallel career as an influential teacher and writer.