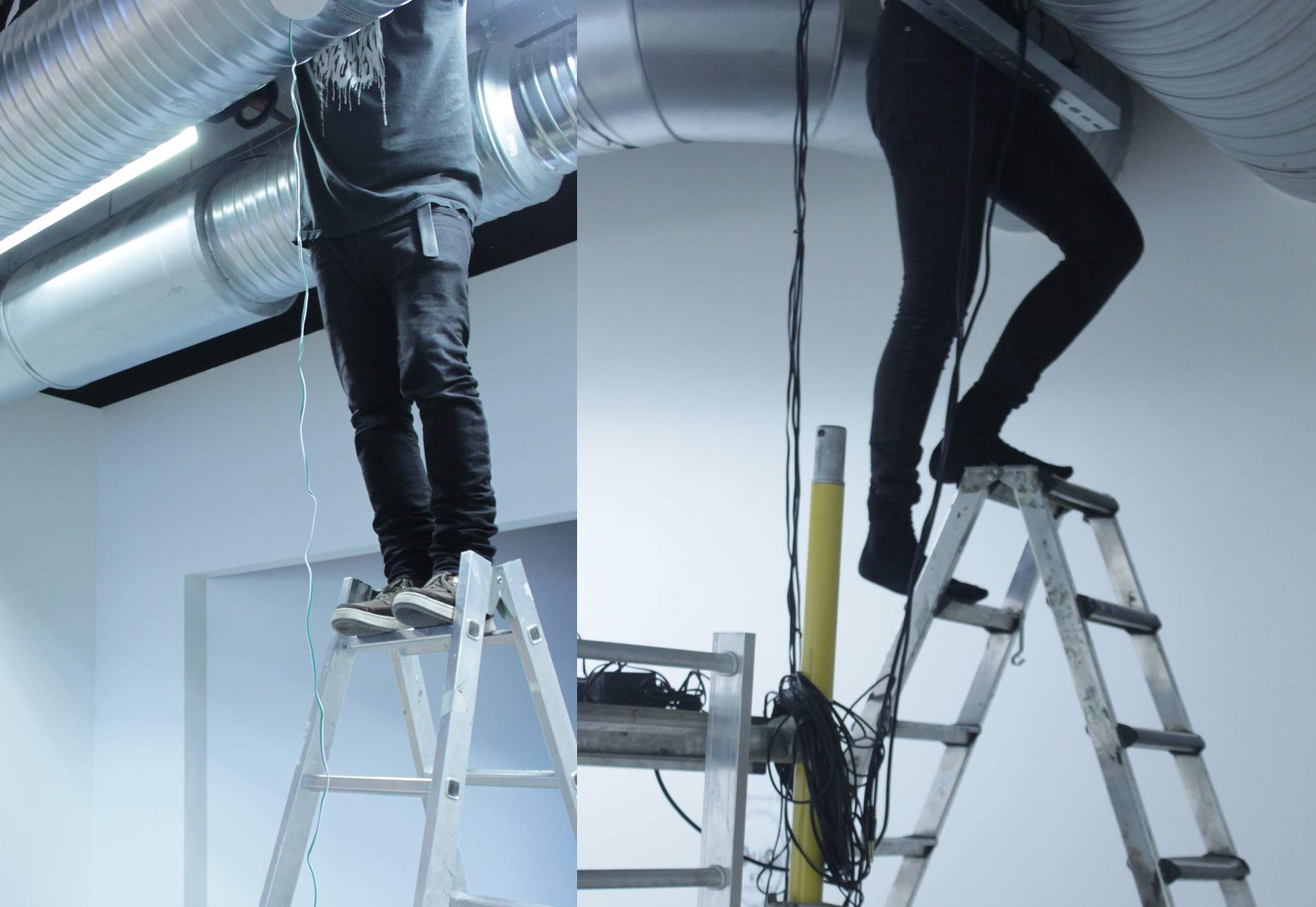 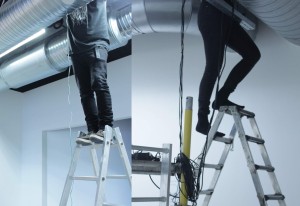 Træen and Lidén will ‘play’ Kunsthall Oslo’s ventilation system. The concert uses Lidén’s installation alltid at Kunsthall Oslo, where electromagnetic transducers have converted the oversized steel ventilation pipes in the ceiling into one large speaker. The resonant ventilation system then plays a warped, haunted, amplified version of its own mechanical sound, feedback from contact microphones mixed with shifting drones and ghostly fragments of recorded sound, metallically rendered. The concert Snakes and ladders will build upon the feedback setup of the installation, with additional analog and modified electronics manipulated by the artists from a platform just below the ceiling.

Signe Lidén (1981) makes sound installations and improvised performances that deals with resonance of places and objects. Her installations are often sonic and spatial examinations of social and cultural phenomena through an experiential form of research. Lidén holds a MA in Fine Art from the Bergen Academy of Art and Design and the Nordic Sound Art joint master’s programme.

Jørgen Træen is a musician and producer based in Bergen. He has been central in several acclaimed bands and projects, like Golden Serenades, Toy, Slut Machine, Jazkamer, Haus of Hiss and Der Brief. As producer he runs Duper Studio with Yngve Sætre.

Snakes and ladders is presented in collaboration with nyMusikk and funded by the Norwegian Arts Council.